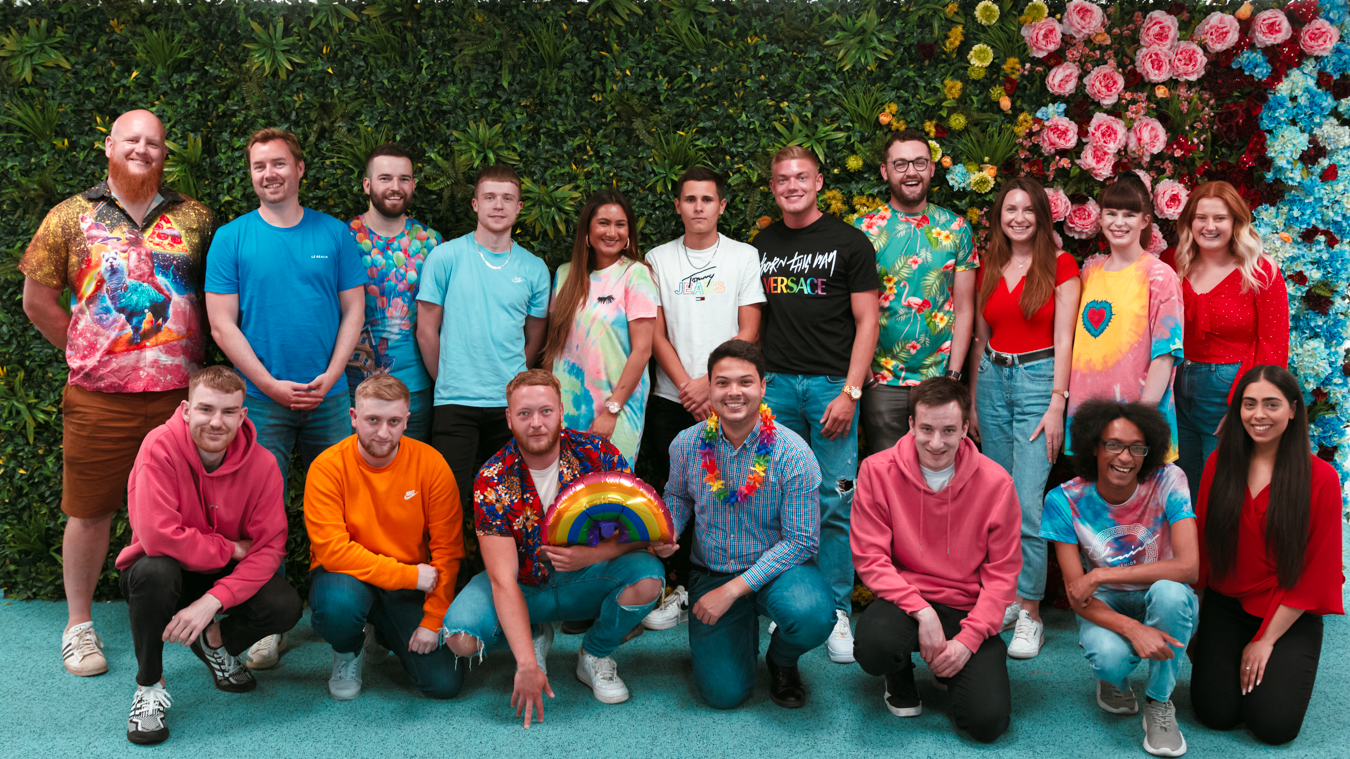 The LBGTQA+ community had established June as pride month since the 70s, gaining real momentum in recent years as more heterosexual and cis people join the fight for equality. Pride month is a time to celebrate the diversity of sexuality, but also a time to keep campaigning for equality and freedom from cis and heteronormative narratives. Traditionally, the month culminates in Pride Parade, usually held on the last weekend of June in remembrance of the Stonewall Uprising. Here at EverythingBranded, we understand that all our employees should feel welcome, respected and represented in the workplace. That is why we celebrated in the office with our own Pride Day.

All employees of the Everything family were asked to come in sporting their most bright and colourful clothes as a symbol of support and solidarity. We were also asked to make donations, with all proceeds being sent to Stonewall. Stonewall are a global driver for change, made up of LGBTQ+ people, allies and supporting friends and families. For the last 30 years they have tirelessly worked to change the lives of LGBTQ+ people in the UK. The efforts of charities such as this has paved the way to equal rights to love, marry, have children and for this to be spoken about in national curriculum.

Wearing strong, bright colours can have an impact on mood, which was certainly reflected on Friday. The staff were energised as they came to the office, and there were good vibes all round. We kicked off the day with a quiz on the topic of Stonewall, its origins, queer figureheads, and all things Pride. The day played on with much of the same enthusiasm, with music from iconic queer figureheads such as classic Madonna and more modern artists such as Pale Waves. The themes of support and solidarity were echoed throughout the day, with everybody bringing their authentic selves to work and being accepted and respected for it.

Get the latest news scoops and updates to your inbox

Sign up for our latest news, offers and updates below: