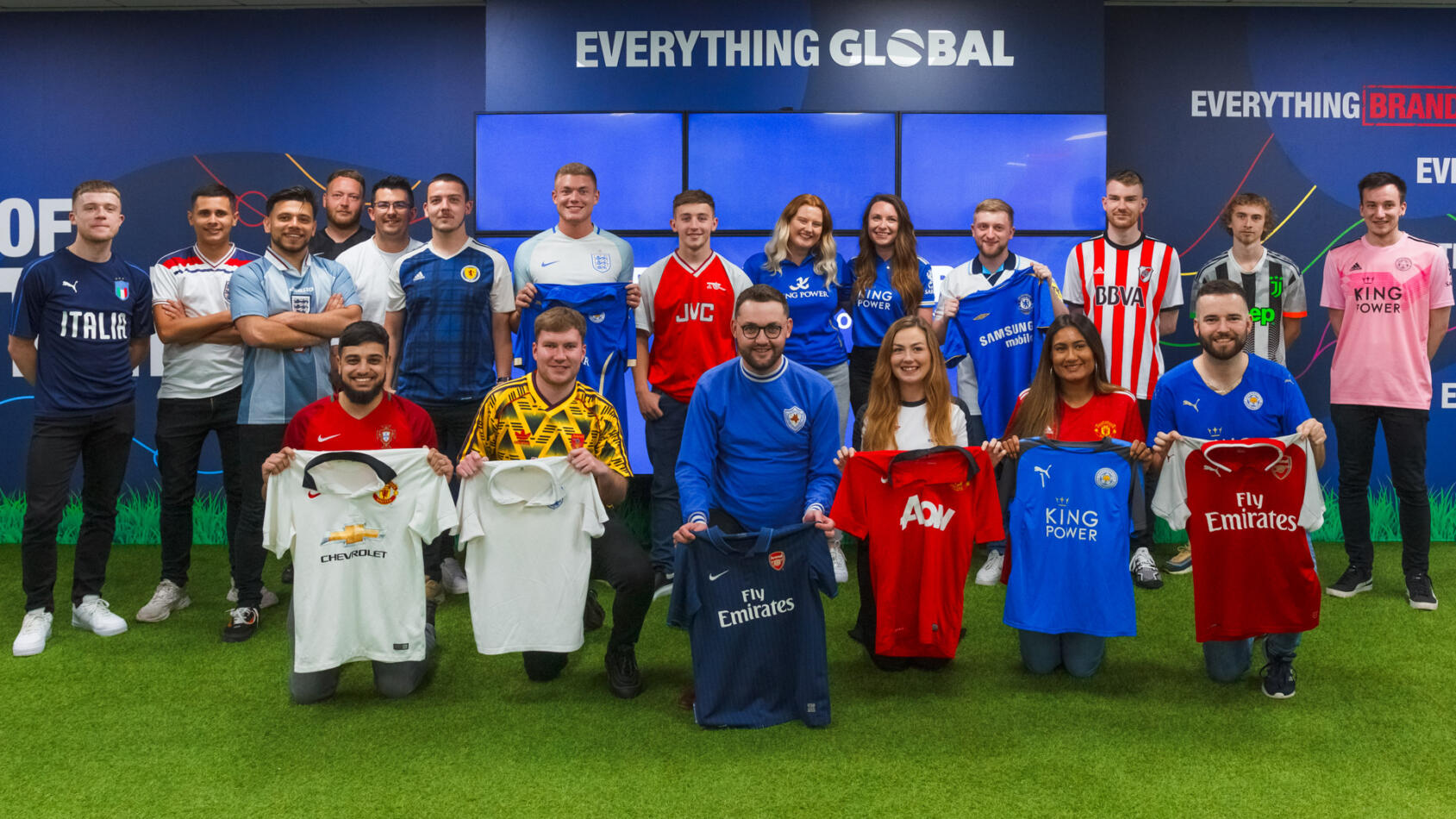 Footballs Coming to the Office

We fancy ourselves quite the sporty types here at EverythingGlobal, and wanted to extend our love for sports to those less fortunate. Cameron Reid-Jones, our UK Sales Account Manager for EverythingBranded and Leicester City supporter decided to organise a football kit drive not only in celebration of Euros 2020, but also to raise money for charity KitAid. The EverythingGlobal team members were asked to come in wearing their favourite Football tees which included everything from England shirts to Italy, Arsenal and of course Leicester City. The team then donated any old or new football shirts towards the collection, as well as a monetary donation. The morale in the office was lifted, especially in anticipation for the UEFA Euro 2020 England vs. Scotland match. Spirits were high and so were the number of donations raising well over £100 for the charity with staff members being real team players.

KitAid is a charity set up by, Derrick Williams MBE, who visited Tanzania on a WaterAid supporters’ trip in 1998. Derrick, being a mad footie fan, was amazed at the reception he received from children and adults in remote villages just because he was wearing his favourite football shirt (Watford, Chesham Utd, Liverpool FC to name a few).

After two weeks in Tanzania, a flame was lit in Derrick’s heart, and he was on a mission to provide kit and equipment to the bare-footed children playing with footballs made of tied string and plastic bags. Twenty-one years on, KitAid has lots of volunteers and to date we’ve sent out 700,000+ kits to children and adults in 55 different countries across the world.

If you want to donate to a great cause then visit KitAid to make a donation.

Get the latest news scoops and updates to your inbox

Sign up for our latest news, offers and updates below: